While my company doesn’t sell balers, we do make the controls and hydraulic power unit for them.  But since balers can make a huge difference in the amount of material recycled by a business, I thought I’d take the time this week to discuss them.

Whether you realize it or not, you’ve seen a baler if you’ve ever venture behind a Wynn-Dixie supermarket or Lowes.  A vertical baler is the huge machine you see parked near the back of the store. Used at most grocery stores and big box stores like Walmart or Home Depot the reason these behemoth machines are there is to help large retailers deal with the large quantity of corrugated cardboard these businesses produce.  Instead of letting all the packing material eat up a lot of useful space, big retailers bale the cardboard into 800-1700 lbs bales that not only take up a lot less space, but these bricks can be sold to mills that will in turn press the material into new packaging.  Such operations typically install a 60x40-inch closed-end baler that costs upward of $10,000 to purchase, while high-capacity open-end extrusion balers can cost $100,000 or more.  The reason that big box stores spend this kind of money is because it typically only takes them less than a year to recoup their investment.


While they do make small 20x30 inch balers for use by smaller companies, few restaurants and small grocers and retailers take advantage of them.  This is a pity, because instead of cutting up and discarding cardboard boxes, plastic bottles and other valuable commodities only to toss them in the dumpster to be hauled to a landfill, these same companies could turn a tidy profit by baling some of their packaging material.

A small vertical baler only costs around $3,000.  While this sounds like a sizable outlay for a mom and pop grocery store, retailer or restaurant, when you consider the effective lifespan of a baler of this type is 7-years, it isn’t hard to understand how even a small operation could benefit from the investment.  In Europe, this kind of baler is widely used by small businesses.  In the US, not so much as yet.  But the potential for profit is there, particularly for firms that discard a lot of plastic.

When it comes to large high volume operations Horizontal Balers are the way to go. There are many types but the two main types: Open and closed-end.  Closed-end horizontal balers have a closed door to press and tie the material as it exits the charge chamber.  Once the door is opened, the operator hits the button that lets the hydraulic ram push the bale out of the baler.  The differences between an open and closed door is that open-end extruders are only able to deal with one kind of material, where a closed-end extruder can easily switch from cardboard, to paper, to plastic to metal.  An open-end extrusion baler is more of a high-production model than the closed-door variety. The other difference is that closed-end extruders are only meant for bigger businesses.  While you might see this kind of equipment being used by a Budweiser or Coca-Cola plant, you won’t find any small operators using them.

Smaller vertical balers don’t take up all that much space since their typical dimensions are 5 ft tall, by 4 feet wide by 3 feet deep.  While the smaller balers have a smaller cost, the machinery does need to be transported and installed at your location, which could entail another $1,000 outlay.  One of the ways to quickly recoup the cost would be to bale PET plastic.  While the price of PET fluctuates, companies who bale them typically achieve ~15 cents per pound.  So, depending on how much PET your company produces, it won’t take all that long to recoup the cost of the baler.

The baling process is simplicity itself.  After the unit is loaded with material to bale, a hydraulic ram squeezes the material down the extrusion chamber.  In an open-end baler, once the first bale is produced called a plug, subsequent bales are formed by shoving material against the back of the bale in front of it.  The difference between bales made by a close-end baler is the one produced by an open-end baler is a bit looser, since the ram is pressing material against another bale as opposed to a metal door.

Due to the cost of transportation, baler manufacturing has become a regional business. That’s because the 40x60 balers weigh upwards of 5,000 pounds, which is not cheap to transport.
The beauty of baling is there are many types of material that can be baled.  Cardboard, plastic, glass all can be baled not always is it economical but sometimes for the space it saves a baler can be justified. When it comes to metal, iron, copper, brass and aluminum can be baled.   PET plastic is a good way to turn trash into cash.  Pharmacies can recoup a pretty penny by crushing and baling prescription pill bottles.  (This kind of plastic is worth upwards of 33 cents per pound, as opposed to a ton of cardboard that’s worth anywhere from $70-$120.)

If you’re tired of paying to have your recyclable commodities hauled away to the dump, perhaps you should look into the possibility of acquiring a baler.  The cost in money and space is small and you could soon find yourself turning trash to cash one bale at a time.

Kenzo Kawasaki is president of BC Hydraulic Services, a commercial trash compactor service company based in Jacksonville, Florida.

By Kenzo Kawasaki Image courtesy pixabay If you’re tired of dealing with an overflowing dumpster or are looking to stop throwing a... 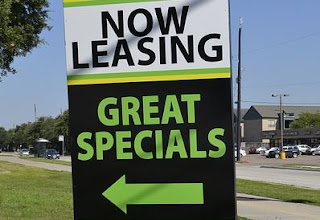